After a quiet period LAW is moving again with its AGM coming up on Saturday, 17 September at Boyup Brook in the South West of WA. Starting at 9.30 am it will be held in the Boyup Brook Fire Brigade Station on Abel Street. 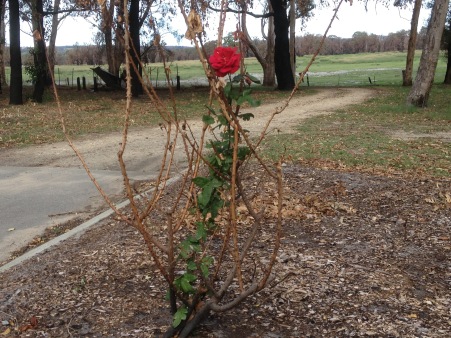 At the Yarloop Primary School a rose sends up a shoot after being burnt in the massive fires of 7 January 2016.

We would like to see far fewer losses due to bushfires. The Waroona Fire Complex had extensive property losses and damage including many homes and infrastructure being burnt at the small town of Yarloop.

LAW aims to bring together people who have a common interest in developing ways of reducing the risk of bushfire attack onto communities and towns of the South West and Perth Hills.

Here is a copy of the minutes of the last AGM held in September, 2014.

Here is notice of the upcoming meeting as a small poster. 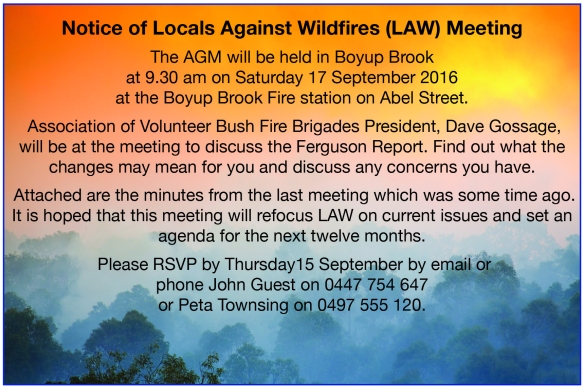 Note the contact numbers for John Guest and Peta Townsing.

Below is a cutting from the Manjimup Bridgetown Times about the upcoming meeting.